"Cuba is the musical kitchen for Latin music," Lazarito Valdez says. "Cha-cha began here. The Buena Vista Social Club was a worldwide hit. You in the U.S. have been cut off from some of the best musical trends as they developed here. Music isn't just a way to pay the bills. The appreciation of the people is like food for the musician."Cuban musicians hope that their musical kitchen will continue to produce new dishes — and that the cooks will be able to prepare them anywhere in the world."

Music in Cuba is very special. Since 1980 music education has been declining in the US - commonly displaced by sports. In Cuba music conservatories and general music education has maintained steady growth for decades. Cuban society has the tendency to provide equal access to the arts including music culture.

In the United States educational success is a series of numbers and test scores, art, creativity, and culture don’t fit well into this model. Cuba is a poor nation, but the basis of culture and support for young musicians has led to an incredible wealth of artistic talent and yielded a national identity. 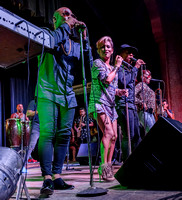 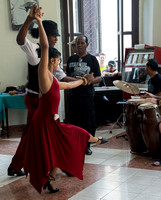