Din Allen came to Key West from New York City in 1978 to play jazz at the Rose Tattoo, (the current Bagatelle). He stayed because he believes Key West is the best place to work. Din has seen other musicians leave Key West and struggle in new environs. Key West has plenty of work, plenty of places to play. "I could work every day if I wanted to." And, he added, “It’s warm in February.”

The Survivors started as a trio at the Pier House in 1979, playing calypso and junk-a-noo music. The band "learned how to play twenty-minute sets and take forty-minute breaks." The trio stayed in town during the lean summer months when most bands would leave and travel north to Maryland and Virginia. The Survivors would play gigs wherever they could find them and just "survived" the summer. This, combined with playing a good deal of Bob Marley reggae, led to the name of the band.

The Survivors grew to a nine piece band with two vocalists. The band played mostly reggae and then moved into Latin music, later downsizing to five pieces. When the Survivors started playing at Mangrove Mamas, a horn was called for, and Marty Stonely and his amazing sax came along.

One night while playing trombone with brother Woody Allen, and Marty Stonely on sax, with Barry Cuda on keyboards at the Private Ear, Dan Simpson’s recording studio, the Survivors were trying really hard to get the New Orleans R&B sound that Barry wanted. The recording session lasted for hours and required a few libations to complete. Barry said after that night they were called "The Mount Gay Horns." Apparently, quantities of the famous Jamaican rum seemed to be the only way to get that sound.

Din’s most embarrassing musical moment occurred while playing with Jimmy Buffet. Buffett returned to Key West in the 80's from time to time to blow off steam or just get away. He would show up on Caroline Street and pack a venue. One time he sat it to play with the Survivors at the Reach Resort. They never really knew his music. Buffet called for "Margaritaville" and the band started playing. Buffet looked over at Din and said "No, that's ‘Changes in Latitude." Din was playing the wrong song for Jimmy Buffet.

Read more about Din Allen, the Survivors, and the Key West music scene in my book The Soul of Key West. 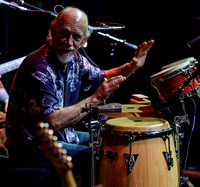 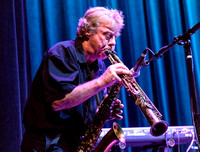 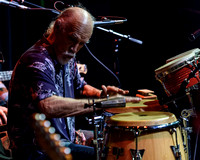 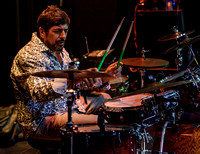 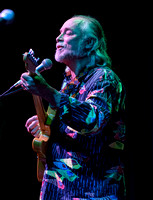 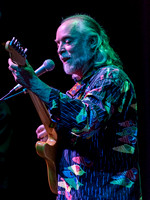