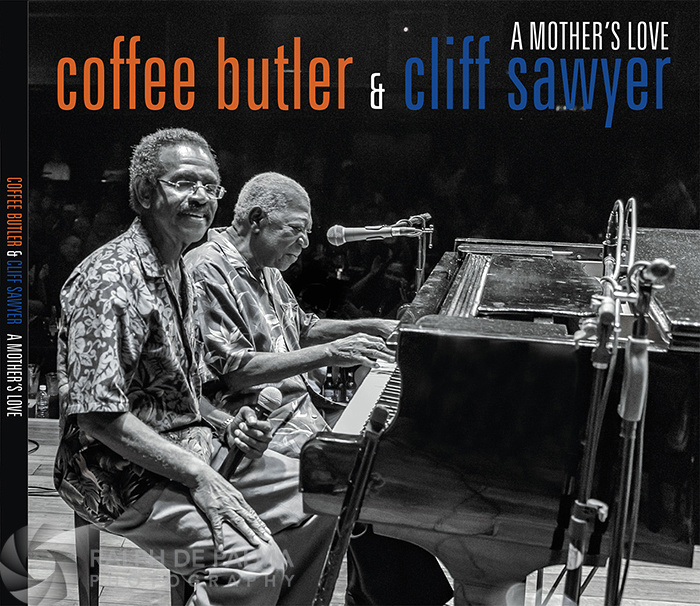 Produced by Ralph De Palma and released on the Soul of Key West label, this is an album of music that had to be made, with songs that had to be sung, by two Key West legends – Lofton Coffee Butler and Cliff Sawyer.  This is a fantastic album of music three original Coffee Butler songs, two new songs by Cliff Sawyer & Coffee, a duet that will tear at your heart, backing vocals by amazing vocalists, rhythm tracks with every musician giving every ounce of talent, horns, congas, and award winning producer Ian shaw gathering this perfect storm of music into the best album of Key West music ever. It’s the culmination of two storied careers, of music and friendship, of two very special Key Westers.

The Soul of Havana

Made possible in part by a grant from the Anne McKee Artist Fund of the Florida Keys, Inc.

The Soul of Key West

"DePalma’s passion for Key West’s vibrant music scene led him to spend countless hours photographing and interviewing dozens of musicians. His photographs capture the rocking spirit of a tiny island filled with over fifty venues featuring live music, and his words roll out the stories, struggles, and triumphs of musicians who play for us night after night." - Key West Citizen, 11/14/13

“Key West is becoming a music destination much like Nashville or New Orleans. Our island is full of talent that migrated here from those much larger music cities,” says DePalma. “If Nashville is the ‘Music City’ then Key West is most certainly the ‘Music Island’."

A paragraph from the book "The Soul of Key West" - the First Responders.

"On our island during an emergency the first responders are always the musicians and their music.  Monroe County has one of the highest rates of un-insured workers in Florida.  Every native son that is overcome by an accident or illness can always depend on the soul of Key West for help.  The first volunteers for every fundraising event are always the Key West musicians. "

Volume I includes 46 interviews of Key West musicians over the past 12 months.  Well over 200 hundred photographs were culled from a collection of 2500.  Its a 104 page anthology of the Key West music scene as told by the musicians.  Their stories are the true description of the lives of professional musicians.  The compact island has the most unique music scene of any city in the US and possibly the world.  There are 50 venues for live music concentrated in a very small area.  The music is totally supported by the equally unique audience with a cover charge being unheard of.  On any night in Key West a short walk of a few blocks and one can listen to some of the best original music, played by world class musicians, in fantastic venues, for the price of a cold drink.

Two years in the making, Volume II continues the story of Key West music and tries to answer the question "How did all this music happen in this tiny island community?" Another sixty-five wonderful musicians and vocalists are included, as are over one hundred and sixty color photos. The second volume features a Key West legend or two, special music scene members, actors, dancers, Jimmy Buffet's most famous "roadie," and tributes to late Key West musicians. The Soul of Key West, Volume II is a comprehensive overview of our world-class music scene.