In the late 50's at about 5 years old Scott's baby sitter would take him for a ride and they would listen to Rock & Roll. He didn't know at the time but he was hooked to a life long music passion. His first album was the Beatles and he was later drawn to the music of James Taylor. He never had a guitar lesson and would just teach himself the chords of James Taylors music and developed a similar playing style.

Thirty Years and 6 CD releases later he is one of the most accomplished Key West musicians still traveling and touring and playing his music.

Check out the Key West music scene and my new book "The Soul of Key West". Its the story of our contemporary Key West Music. 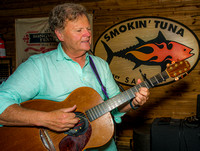