At 126 feet overall and over 90 tons she is the largest sailing ship built in Key West by legendary businessman Norburg Thompson and launched at the end of Simonton Street in 1939. The Western Union repaired undersea cables for 35 years. In later years the old ship fell on hard times before being sold to a company that helped rehabilitate teenagers out of Philadelphia. It finally returned to Key West in 1997 as a tourist and charter vessel. The State of Florida decreed her the "Flagship of Key West".

In 2009 a major refit and modification was undertaken by a Non-profit organization The Schooner Western Union Foundation. These photographs document this effort. I captured over 4000 photographs of the Refit and the recommission of this historic Key West Flagship.

The proceeds from all sales of these photographs go the preservation of the Western Union. As we sail into History!
© Ralph De Palma Photographer 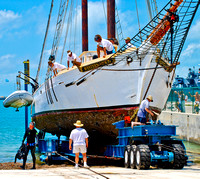 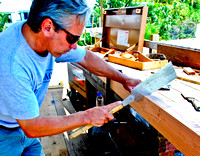 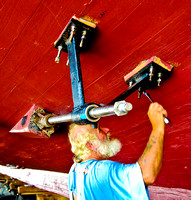 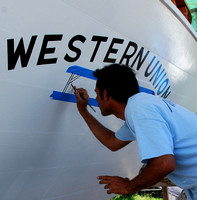 Re-Launch of the Western Union