Howard Livingston was born and raised in Cumberland, Kentucky. Music was part of his growing up, as the family always had a guitar in the house. They moved to Marion, Indiana, and Howard played in a band in high school, graduating in1969. He moved to Chicago, studied engineering, and launched a business manufacturing parts for diesel engines.

The first time Howard visited the Keys on vacation in the mid 1980's, he rented a sailboat in Islamorada and fell in love with the islands and the waters of the Keys. Howard bought a house on Summerland Key at Mile Marker 24 in the 1990's. According to Howard the music in his life happened because of the Keys. The Keys caused him to write music and to begin performing. Howard started to write music about the Keys even before he moved here. He had photos of the Keys and Key West on his Chicago refrigerator door.

Howard says the impact of Jimmy Buffett on Key West is enormous. Buffett music piques the curiosity of people to visit Key West. The songs are about Margaritaville and the characters that inhabit Key West. When folks visit Key West they start looking for good music. Key West is compact and safe, allowing visitors to go from venue to venue day or night and enjoy the music. Everyone embraces music in Key West and musicians are respected here.

These are the first books about the Key West Music scene. The story is told by Howard Livingston and 110 other musicians along with hundreds of color photographs. 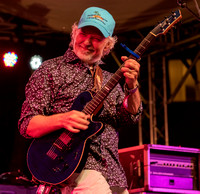 Howard Livingston at The Waterfront Brewery 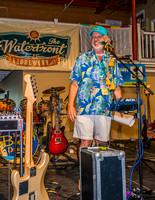 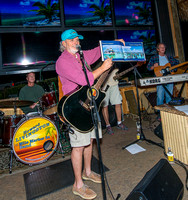 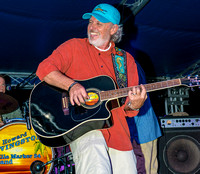 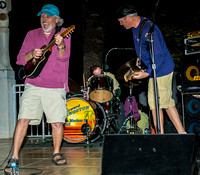 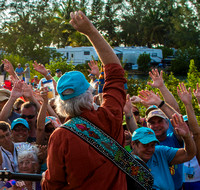 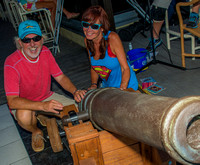