Bill Blue was born in North Carolina but grew up in Williamsburg, Virginia. Bill began playing music in college in Richmond, Virginia where he majored in commercial art.

According to Bill Blue, serendipity has always played a role in his life. Timing is everything. After years of touring and a bad marriage, Key West became a safe harbor, a port in a storm that lasted for 30 years. His first musical gig in Key West was on the Fourth of July, 1979, at Sloppy Joe’s Saloon. Bill was going through some tough personal times and touring was taking its toll on his personal life. He knew instantly that Key West was the place he would end up. He didn't know when but he knew this was the place. "It was serendipity. There was a girl involved --- it seems there's always a girl involved".

Bill's current wife was a former Williamsburg High School sweetheart. They just never had a chance to connect until one night at Sloppy Joe’s twenty odd years ago, when he was playing and Beverly just walked in the front door. Bill saw her immediately they connected, finally and the rest is blissful history. Local music super star Lofton “Coffee” Butler played at Bill and Beverley's wedding.

Read more about Bill Blue and the Key West music scene in my book The Soul of Key West. 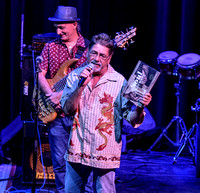 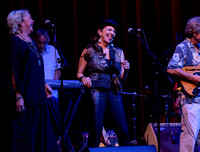