The "Silverliner" was the name given to the shiny new Eastern Airlines planes back in the late 50's (the Super Constellations, Electras) and later a club of EAL retirees that would sponsor this special annual event.

Each year in Miami (then later at other Eastern Airlines cities) kids would get to take a magical ride on a real airplane to the North Pole and visit Santa. It was a single flight loop around the airport then landing and taxi to the "North Pole" gate greeted by Santa Claus. Pilots, Flight Attendants, Agents, Mechanics, Baggage Handlers use to all chip in and make it a fun day for some lucky kids.

Over the years this became a larger and larger tradition at Eastern Airlines expanding to cities all over the Eastern Airlines system including the Caribbean, South America, even Key West. Eastern, National Airlines, and Pan Am use to fly in and out of Key West's tiny airport. It was in my opinion the "Golden Age of Aviation".

It is great to see this annual tradition continue long after Eastern's demise in 1991.

My wife worked for EAL for 26 years. I worked there for 13 years. It was a great company and an even better corporate citizen that always contributed to the community especially in Florida (the Orange Bowl, the Citrus Bowl, "freedom flights", and much more). EAL is long gone but not forgotten and this tradition helps keep its memory alive. A tip of the hat to all those that worked so hard to make this a special visit to Santa for so many.
© Ralph De Palma Photographer 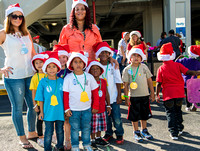 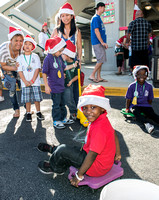 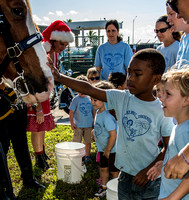 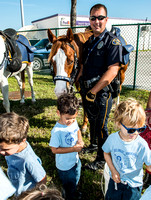