If you believe in forever
Than life is just a one night stand
If there's a Rock n Roll Heaven
You know they've got a hellava band.

Richard Crooks is one of the most loved and celebrated musicians in Key West. It's easy to love "Crooksy" and for good reason. He's a pro's pro who commands respect for his immense musical talent yet is also open, warm and kind to all. Crooks grew up in Gilroy, California, played drums in the High School band and went on to earn a BA in Music at San Jose State. He traveled from the Bay area to Los Angeles then on to New York, playing with a long list of major artist that would read like "War and Peace". One close friend Dr. Sally Galbraith once said "He has literally made music with everyone except the Beatles and the Rolling Stones". Later, we found a few of the Stones' recording artists that he has played with so, in truth, it may be just the Beatles.

Crooks had a 25 year plus relationship with Dr. John working on numerous albums plus touring. Moving to New York, Richard Crooks became a legendary "A" list session musician credited on hundreds of major releases. Long time friend and music collaborator Larry Baeder said his nickname in the New York recording scene is "Father Time" because his time is always perfect. Dr. John was once quoted as saying "...none of them New Orleans muthaf----s play as good as Richard Crooks."

Crooks had visited and played in Key West for a long time. He and his wife Nina moved here full time in 2008. He immediately dove-tailed into the Key West music scene playing Sunday Jazz Showcase at the Green Parrot and the Gardens Hotel, a Tuesday gig at Sloppy Joes, among others. One of his favorite gigs was playing the funky BO's Fishwagon with Barry Cuda and Kenny Fradley. Barry Cuda always felt confident playing with Crooks. He could step out once in a awhile and take a chance knowing Crooks had his back. After finishing a New Orleans boogie woogie tune one night at BO's and taking a few liberties Cuda looked over at Crooks for approval and Richard snapped "You owe me a beat."

Crooks health has recently deteriorated and made it almost impossible for him to play regularly. In these difficult times, his friends throughout the music industry have shown how much he is respected and loved. Tony Garnier bass player for Bob Dylan, and former Steely Dan guitarist Elliot Randle recently inquired about his health. The Blues Brothers rhythm section Rob Parozzi, Pete Levin, and Eric Udel were in Key West to play the Green Parrot and the first thing they wanted to do was visit Richard Crooks.

His old friend Barry Cuda and fellow drummer Mick Kilgos asked him to sit in for a song or two on his 72nd Birthday, one of his last public performances. It was a very special night with several hundred of his friends crowded into the Green Parrot. Crooks was clearly having difficulty getting on the small stage but once set and the first song began, he looked as vibrant as a teenager. All the trouble and pain seemed to disappear and this magnificent musician was back in his element, doing what he does best - making sweet love to those drums. After 5 songs, it looked like poor Mick Kilgos was never going to get his seat back -- http://www.rwdepalma.com/richardcrooks_72.

Kilgos said "Great drummers lay down a foundation for the other musicians to work around. Richard has always been the best and made everyone that played with him - play better." A fellow New York musician of many years, Ken Fradley said "Richard is one of the sweetest, kindest musicians I've ever worked with." A close friend and "Roadie" for the past 5 years, Kat Allen, said "He's the most wonderful man I've ever met, an unbelievable drummer, and I'm glad we are best friends."

The world could use a few more Richard Crooks.
© Ralph De Palma Photographer 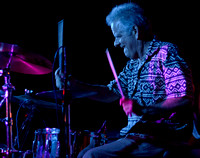 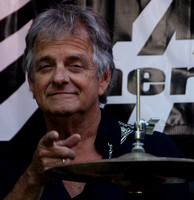 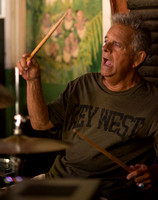 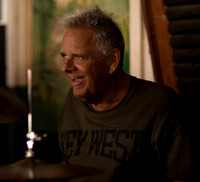 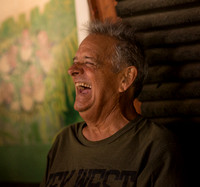 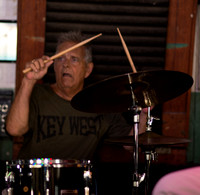 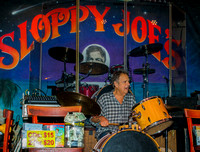