After the United States announced in 1905 the construction of the Panama Canal, Henry Flagler became particularly interested in linking Key West to the mainland. Key West, the United States' closest deep-water port to the Canal, could not only take advantage of Cuban and Latin America trade, but the opening of the Canal would allow significant trade possibilities with the west.


Initially called "Flagler's Folly", the construction of the oversea railroad required many engineering innovations as well as vast amounts of labor and monetary resources. At one time during construction, four thousand men were employed. During the seven year construction, three hurricanes threatened to halt the project. The project cost was more than $50 million.


Despite the hardships, the final link of the Florida East Coast Railway was completed in 1912. In that year, a proud Henry Flagler rode the first train into Key West aboard his private railcar, marking the completion of the railroad's oversea connection to Key West and the linkage by railway of the entire east coast of Florida. It was widely known as the "Eighth Wonder of the World."
© Ralph De Palma Photographer 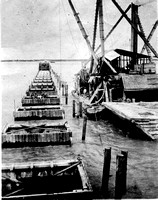 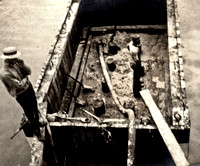 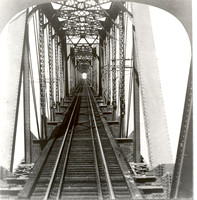 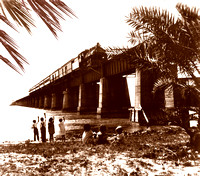