George Joseph Cook is originally from Newark, New Jersey born to a family of Italian immigrants. The original family surname was Cuoco his father changed their name to Cook (Cuoco is Italian for cook) to apply for work easier avoiding prejudice.

His father was a dancer. George Cook started playing music early in life. He was a drummer for an all Italian band in high school called the "Emeralds". The first song of their first gig was the famous Glenn Miller Big Band sound "In the Mood". He formed a Blues band while he was living in Brooklyn but the name Brooklyn Slim didn't seem to fit. He was from Newark so "Jersey Slim " was coined. He played all over the New York City area including upstate New York in the Syracuse area.

Jersey Slim moved to Key West in 1998. He lived on a boat that was blown away in Hurricane Georges. FEMA helped him recover from this and soon he met Bill Blue at Schooners Wharf and later Caffeine Carl Wagoner and started becoming part of the Key West music scene. He began working with a band called the Funky Beans for 5 years until 2009.

Moose Boles called Jersey to play at the 90 Mile Lounge in 2012 and soon Jersey had a gig on Tuesdays at the 90 Mile Lounge. He plays in Marathon, Big Pine Key, and at Mangrove Mamas on Sugar Loaf Key. Jersey also has a gig every few months at Virgilio's which is one of his favorites. He gets dressed up to the nines with his Fred Astair shoes with the spats, silk shirt, and pimp suit. He sings those old blues and is a big hit.

Jersey Slim was recognized and inducted to the Florida Blues Hall of Fame as a "Great Blues Artist" December 17, 2012.

Banned from the Green Parrot:
Jersey Slim, and others produced a CD "Tattooed White Trash". After considerable effort he got the CD installed in the juke box at the Green Parrot, a few months later he was at the Parrot and John Vagnoni told him they had removed his CD from the jukebox. Jersey Slim is known for having a fairly short New Jersey temper and attitude. It's fair to say a heated argument ensued with a good deal epithets used regarding John and his family. During this exchange Jersey remembered a story about Richie Chevolino's father having a heart attack in a parking lot yelling at someone over a parking space, he started to feel a little tinge in his chest, Jersey immediately broke off the exchange and walked away. Later that night he had a gig and ran into John Vagnoni while unloading who said "You really shouldn't have treated me like that earlier today." Another argument ensued which resulted in John banning Jersey Slim from the stage of the Green Parrot - for life. 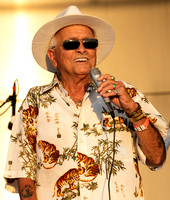 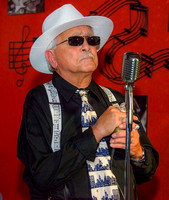