Lookout Farm was bought by the Hemingways two years after he arrived in Havana. They lived here from 1941-1960. I was vacant for years but always protected by the government.

Hemingway and Castro only met once and there is know definitive record of Hemingway's consideration of Fidel Castro but there is a large record of Castro's admiration of Hemingway. The Castro government has protected the dwelling and its contents for years and finally restored the main house in 2012 allowing the production of the film "Papa" inside the residence.

Heminway's 35ft Wheeler fishing boat the "Pillar", named after a nickname for his second wife, was also restored and put on display on the property.
© Ralph De Palma Photographer 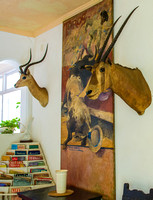 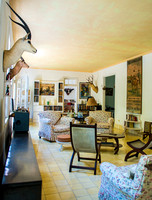 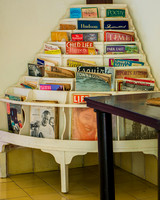 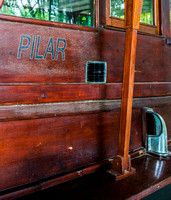