Cojimar is a small fishing village east of Havana, forming part of the Habana del Este municipality. It is famous for being the home of Gregorio Fuentes the fisherman that became the first mate on the Pilar, Ernest Hemingway's boat. He is credited with some of the characteristic that inspired the character Santiago in Hemingway's novel "The Old Man and the Sea".

No one knows for sure and Hemingway had stated that the character Santiago was based on no one in particular. However it was more likely Hemingway's original first mate, Carlos Gutierrez inspired the Hemingway's character.

Gutierrez had been fishing the Gulf Stream for 40 years and was already an old man when Hemingway first met him. Hemingway would credit the old fisherman with teaching him everything he knew about catching marlin, and credited Gutierrez with telling him the Cuban tales he used as grist to write "On The Blue Water: A Gulf Stream Letter".
© Ralph De Palma Photographer 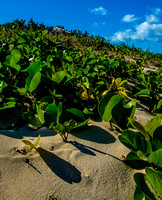 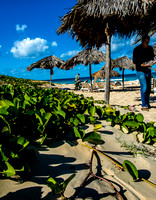 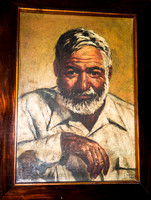 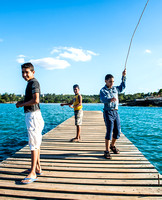 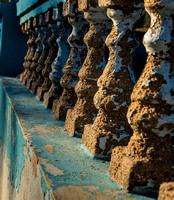